1. Pigs wallow in mud whenever they have the chance, as they don’t have sweat glands. This helps them to regulate their body temperature, keeping them cool and discouraging parasites.
2. Pigs are not too much different from us genetically, pig heart valves are used in humans.
3. ‘Hog’ was slang for an old shilling-to ‘go the whole hog’ was to spend all your money at once.
4. Their coats are coarse and bristly, their heads large with a long snout. They have four hoofed toes on each foot, with the two larger toes taking most of their weight.
5. Pigs do not need to be rounded up. A good yell will bring them running. They have a vast field of vision but are unable to look up.
6. Pigs are among the first animals to be domesticated about 9,000 years ago, in China. Asian farmers first brought domesticated pigs to Europe 7,500 years ago. There are approximately 840 million hogs on farms throughout the world. Boars, pigs and hogs live all over the world, except for Antarctica, northern Africa and far northern Eurasia.
7. They have 44 teeth and 15,000 taste buds, humans have 9,000! They can drink up to 14 gallons of water every day.
8. Pigs snuggle close to one another and sleep nose to nose. They dream, much as humans do. In their natural surroundings, they spend hours playing, sunbathing, and exploring.
9. The largest pig on record was a Poland-China hog named ‘Big Bill’, weighing 2,552 lbs. He was so large he dragged his belly on the ground. His shoulder height was 5 feet and he was 9 feet long. The smallest breed of pig is 20 pounds in maturity called the Mini Maialino.
10. Why are they commonly served with an apple in their mouth? Despite claims that the apple is there to keep the mouth open and let gases escape from the pig’s body as it roasts, it turns out that “it’s purely visual”.
11. People with allergies sometimes have pigs as pets because they have hair not fur. They are highly social and intelligent animals which are trainable and can be taught tricks. China has the most domesticated pigs in the world! The United States is second.
12. Pork has a high protein content (around 20%), which is important for muscle building and for keeping organs healthy.
13. Scoring the skin of the hog with a sharp blade, whilst roasting, and then rubbing salt in vigorously, produces amazing crunchy pork crackling.
14. Although generally considered to be a white meat, pork is grouped with red meat in nutritional studies. With the fat trimmed, the meat is leaner than most other domesticated animals. A third of that in the UK is made up of our favourite breakfast dish the bacon sandwich. Pork is the most consumed meat in the UK.
15. An average pig eats five pounds of feed each day, or a ton of food every year.
16. A litter of piglets is called a farrow. New-born piglets learn to run to their mothers’ voices and to recognize their own names. Mother pigs sing to their young while nursing.
17. There are about 2 billion pigs on earth. In Denmark there twice as many pigs as people! They can also be known as a baconer, chopper, sucker, piglet, weaner, porker, sow, boar, and stag.
18. A sow’s pregnancy lasts 114 days. They can give birth to between 7 and 12 piglets, twice a year. The largest litter of piglets was 37 by a sow in Australia. 36 piglets were born alive and 33 survived.
19. The largest piglet ever farrowed was a stillborn 5lb 4oz male. Average weight for a piglet is 3 lbs. The average sow gives birth to 8 to 12 pigs at a time and not all have curly tails. Adult pigs usually weigh between 300 and 700 lbs.
20. Pigs communicate constantly with one another by grunting. Their squeal can reach up to 115 decibels, 3 decibels higher than the sound of a supersonic Concorde.
21. Pigs can run at speed of up to 11.5 mph (almost 20 km/h) and have a good sense of direction and can find their way home over great distances.
22. Pigs do not “eat like pigs” or “pig out.” They prefer to eat slowly and savour their food. They eat mainly tree leaves, grass, ferns, roots, fruits, flowers, dead insects, worms and tree bark.
23. Pigs have a remarkable sense of smell and are used to locate truffles. Pigs are very smart and are cognitively complex as dogs especially when hunting truffles.
24. They have good long-term memories, and they can be socially manipulative with others.
25. Pigs are clean animals. If given enough space, they will be careful not to soil the area where they sleep or eat.
26. Pigs are very intelligent. They are curious and insightful animals who are widely accepted as being smarter than young children of at least 3 years of age, dogs, and even some primates.
27. Wild pigs play an important role in the ecosystems. By rooting and disturbing the soil, they create areas for new plants. They also spread fruit plants by dispersing their seeds.
28. Pigs are very peaceful animals, rarely showing aggression. The exception, as with many animals, is when a mother (sow) with her young offspring is provoked or threatened.
29. The pig is the last of the 12 animals in the Chinese zodiac and is seen to represent, fortune, honesty, happiness and virility.
30. Pigs have a tremendous sense of smell. The large round disk of cartilage at the tip of the snout is connected to muscle that gives it extra flexibility and strength for rooting in the ground. 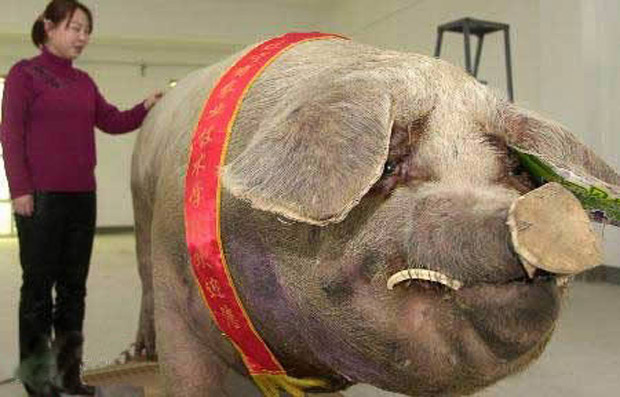 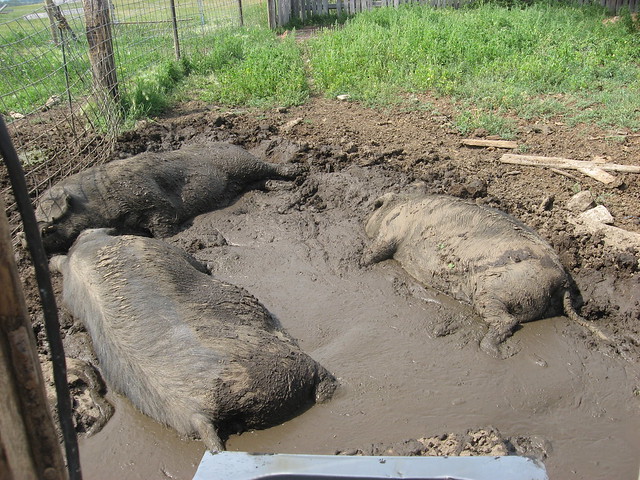 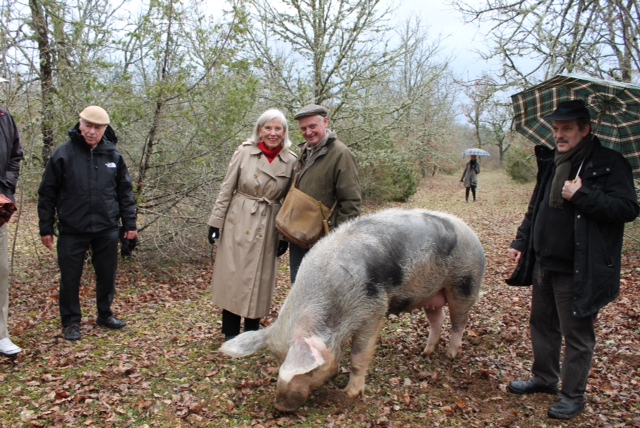 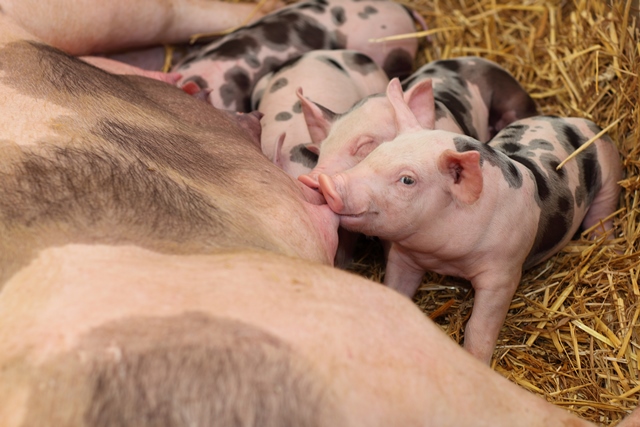